Throughout the realms there are countless kingdoms.
Many are but ruins of their ancient glory, their power only just returning after
a thousand years under the heel of chaos.
Most are little more than dust and memory.

Yet there are a few that still stand strong....
Deep within the realm of beasts there stands Themyskyr, City of the hunters.
For countless centuries it has shone in gold and silver, Like a crown
Atop the very mountains of the far lands.

From this land Dainna has been sent, for a city as ancient as Themyskyr remembers much,
And whispers of things long since thought forgotten have reached it's gates.
Dainna is the huntress of the bronze tower, Chief warrior and champion of the city.
She is charged by the council of the city with the Destruction of all monsters and invaders that would see Themyskyr toppled,
And it is a task in which she has never faltered.
Her victories in war and the hunt are beyond count.
None has stood before her spear and lived, Be they warrior or beast.

Now she hunts a new quarry,
For the rumours say the ancient Mystarikum has revealed itself.
This has caused unrest in the chambers of Themyskyr.
No where else are the powers of the ancient cities as well remembered,
and no where else is the power and danger of the lost Mystarikum truly known.

Dainna will do what she has always done.She will hunt her prey, she will strike, and she will be victorious..
for Themyskyr. 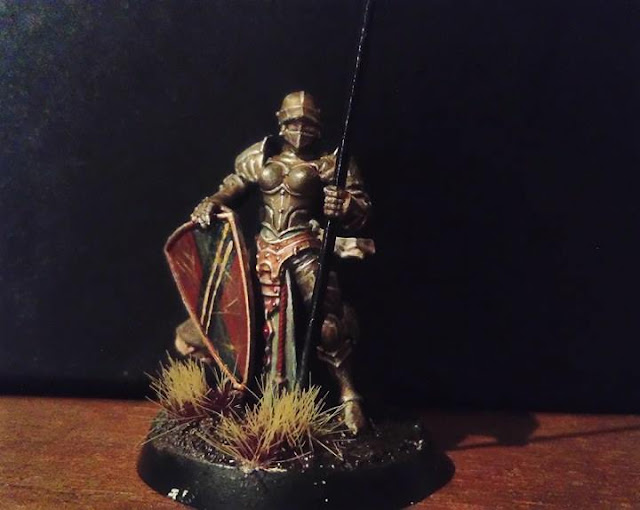 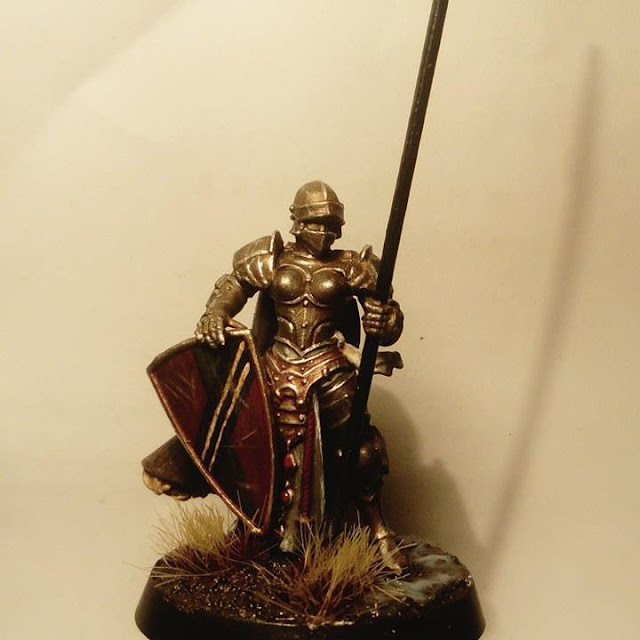 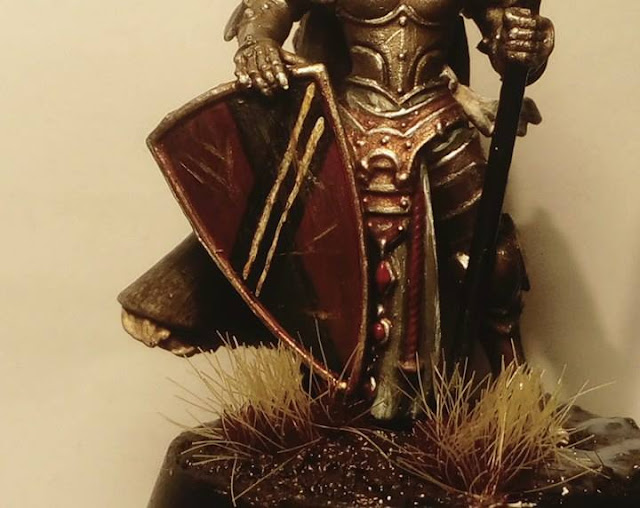 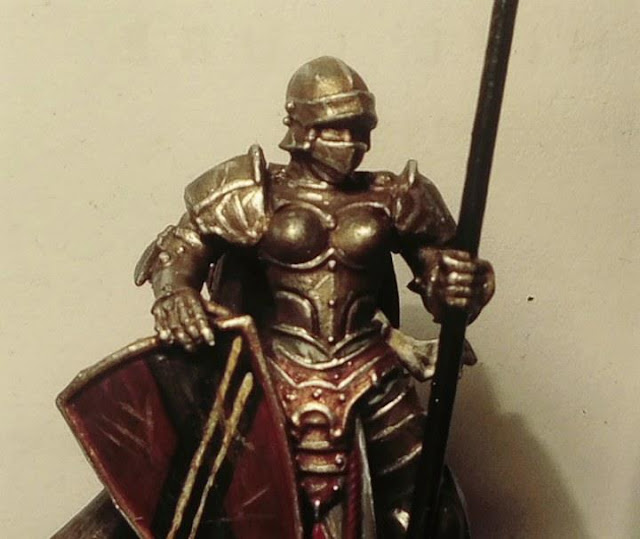 This was a really fun miniature to work on.Dainna is built from a sister of silence body with Perry foot knights head ,spear arm and pauldrons, with a bretonnian knights shield.


The perry arms and heads really scale with the slighter figure of the sister body and match up fairly well stylistically, giving a more grounded fantasy look to what could have been an overly baroque figure.

Painting wish I copied my usual rusted armour look, building from boltgun metal, agrax wash and brown ink, then a layer of rust, boltgun drybrush and chainmail edging.
I try to avoid being overly sharp with my highlighting in general but since i wanted this to look like a well worn and battle marked suit of armour I decided to go all on and add chips, worn edges and rust pockets over the whole suit.