A foul wind has blown through the old woods.
It has turned the chilled swamps into stinking quagmires.
The ground swells and weeps.
Ever do the carrion flies swarm.

The plague has come to the shadow realm, A herald of
Some new force come to seek the Mystarikum....

A jolly warband marches through the woods, Their songs and blessings cutting through the mist.
Singing and dancing they come,
Brothers in arms, Comrades and friends all.
The servants of the plague have crawled from where their plague ridden bodies fell.


One, A freeguild greatsword captain by the name of Hildebrand Geschwind
has taken up his beloved blade and rallied his men.
Now he marches to war, The banners and horns of his host blow again in the busy streets of his home town.
He has come to bring the new word of nurgle to those in the dark realm. 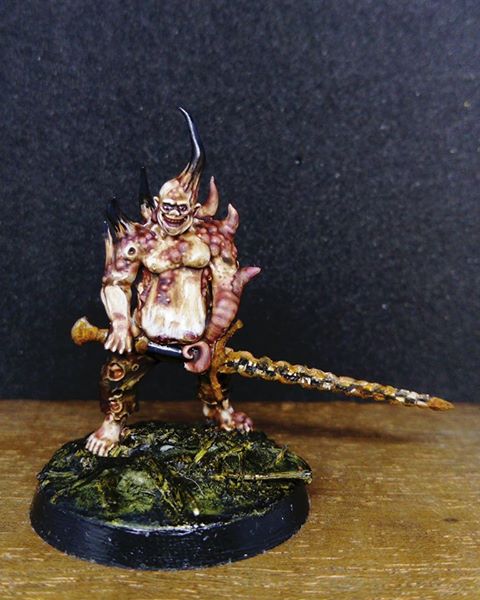 So yeah, I couldn't resist.
I got my hands on a couple of poxwalkers a week early and I knew i wanted them to form the base of an Age of sigmar warband.I've always loved nurgle and wanted to build a unit of grimy old nurgle soldiers and these guys just scream that to me.

The miniatures ooze character and as with everything from the dark imperium box was an absolute joy to paint.
This guy is a really simple conversion, Just a greatsword from the demigryph knight box cut up and attached to the weapon handle of the poxwalker. 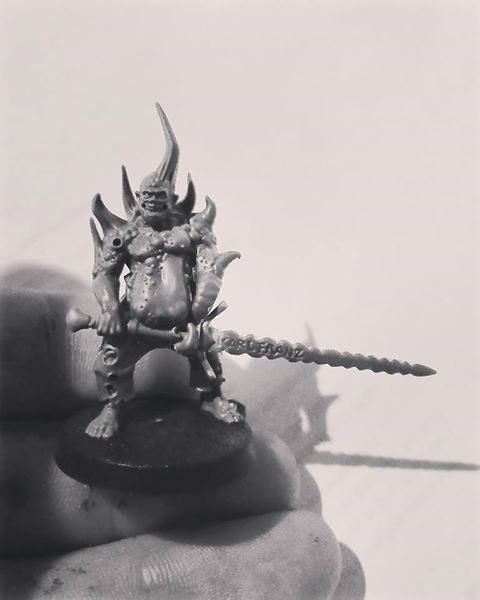 This guy was painted almost entirely with washes and model mates weathering wash (which i recommend everyone get!) I look forward to doing more of his joyfull brothers and sisters.