Therin ,Pilgrim of the blind saint.


There are many secrets that draw the lost and desperate to the realm of shadow.
Some come to hide, others to search for lost treasures in the sunken libraries and mist filled ruins of the great marshes.
A few however, Come for the shadow itself.
The wizard going by the name of Therin is one such traveller.
It is whispered that he seeks the lost secrets of the Mystarikum, for it holds the first temple to the blind saint, who in the age of chaos weaved mists around the hidden lands and deceived even the gods themselves to keep the people of the shrouded realm safe.

Others claim he is a spy of Sigmar Sent to follow rumours and stories of a dark and terrible force gathering in the darkness, Or to find the fey Aelves and reveal what they are hiding beyond the eyes of curious gods.None truly know what great and forgotten secrets Therin seeks, All they know is that he has decided that the quest of the dawn knight coincides with his own, For now.... 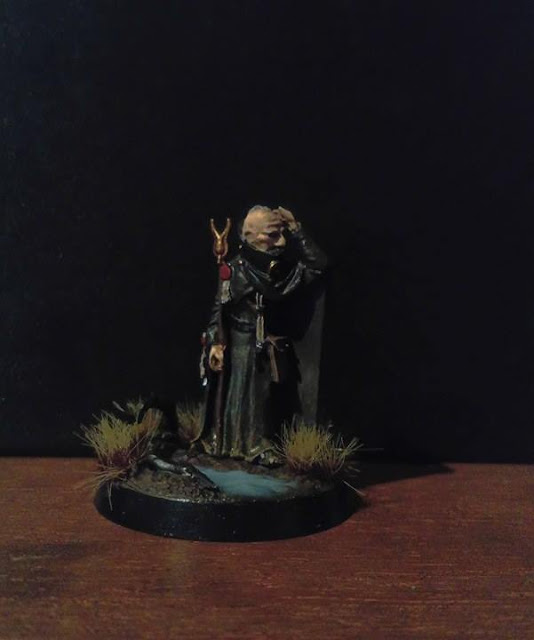 Therin is built from the Forge world Hector Rex astropath model.He came with a rather sanzzy, If a little impractical helmet.I was in two minds about whether he should keep it and remain a blind wizard, But decided i wanted him to have visible eyes. His entire face has been re-sculpted and his staff head changed, plus all 40k gadgets and gizmos removed and puttied over.

I decided to keep the purity seals since they are anarchronistic as it is in 40k and seem pretty standard fair for a holy(?) man wandering through the darkness 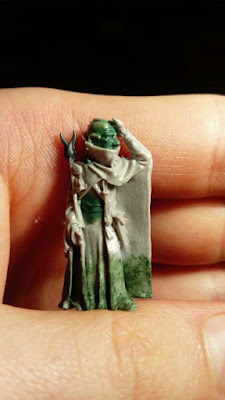